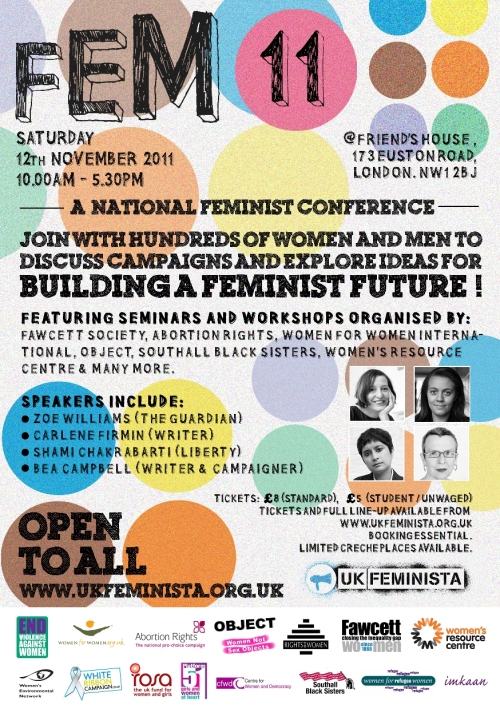 MAYORAL ELECTION HUSTINGS: FEM 11 will also feature a pre-election debate with candidates for the Mayor of London.

Book your place at http://ukfeminista.org.uk/events/event/fem-11/

BACKGROUND TO FEM 11: It’s an exciting time for feminism in the UK, with activism on the rise and protests hitting both the headlines and the streets. But it’s also a time of immense challenges. Abortion rights are under attack and the cuts are eroding women’s economic independence. Women are relentlessly objectified throughout the media and the female power vacuum at the heart of government stubbornly persists.

FEM 11 will bring together leading feminist organisations and campaigners to debate key issues facing women today and how the burgeoning feminist movement can work to build a feminist future.

This entry was posted in activism, Events, Feminism, UK Feminista. Bookmark the permalink.