I Am Dora Screening @ The ICA 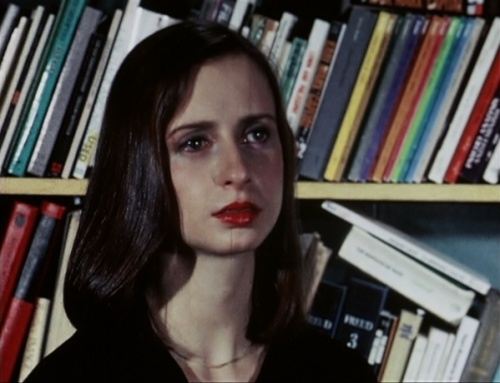 I Am Dora by Jemma Desai Launch Screening

*ELF(East london Fawcett) members and friends can get a discount if the quote ‘Fawcett’ over the phone or in person (subject to availability) for the opening night!*

I am Dora in partnership with the ICA and City Screen are pleased to announce the launch of their first publication. I am Dora will focus on how female characters in film affect women’s perceptions of themselves. A subjective and personal study, I am Dora explores how and why women identify with one another and what this means when the identification is with a flawed or misunderstood character.

Using the well-documented feminist significance of Freud’s Dora as a template, each screening focuses on a new character and is accompanied by a publication that maps Jemma’s journey to understand her identification with the character. Each publication will be launched with a screening of a film aimed at encouraging a more subjective engagement with film and film theory.

Jemma Desai works at various International Film Festivals as a producer, curator and writer. She is the founder of I am Dora.
The launch event marks Part 1, which will focus on Sigmund Freud’s Dora: A Case of Mistaken Identity.

Sigmund Freud’s Dora: A Case of Mistaken Identity (USA 1979, 40 mins) was directed by Anthony McCall, Claire Pajaczkowska, Andrew Tyndall, and Jane Weinstock. In their original film notes the filmmakers stated that they chose Dora as a ‘test’ so as to encourage a discussion on “Understanding hysteria not only as an illness but as the inevitable predicament of women who speak in a language which has never been ours, a phallocentric language” and “to analyse the language, how it represents. Freud’s representation of Dora, the representation of female sexuality in psychoanalytical theory, and representation in films”
Interspersing a recreation of Freud’s failed analysis of Dora with clips from television advertising and pornography, as well as exchanges with her mother, the filmmakers explore the status of the female as the objectified site of sexual desire. The resulting film interrogates psychoanalysis, the iconography of the mother and filmmaking itself as complicit in ‘representing’ the female.

The film plays with Lis Rhodes’ Light Reading 1979, 20 mins
“The bloodstained bed suggest a crime..No answers are given, after the torrrent of words at the beginning of the film, all the film offers are closed images and more questions..Is it even blood on the bed, what fracture is there between seeing and certainty? If there has been a crime, ‘she’ might still be victim..How can a crime of such complexity and continuity be ‘solved’? The voice searches for clues, sifting through them, reading and re-reading until the words and letters loom up nightmarishly, no longer hung on the structure of language.”

The event will include a short introduction and an informal discussion following the films in the ICA bar. The first 50 tickets sold will receive a complimentary copy of the publication.