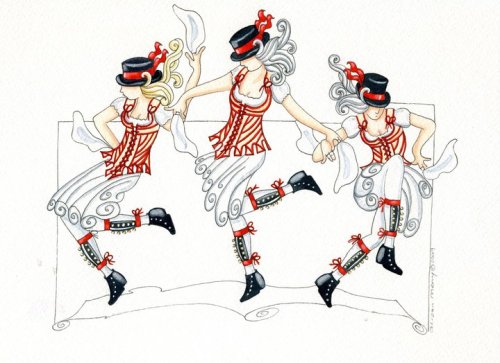 plus THE GREEN WOMAN and other folk themed scenes and models

Raising funds for Ladyfest Ten’s festival 12-14 November 2010.
Artwork and photography from all the salons (since the launch in May) will also feature in the Ladyfest ten exhibition (dates as above)

Spaces limited. Get there on time or to reserve a good seat, email art @ladyfestten.com 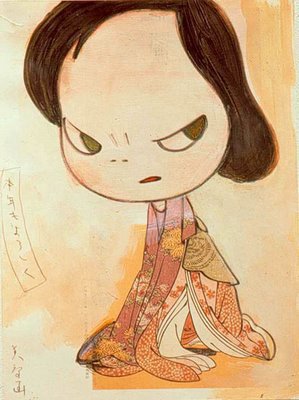 This week the theme for the salon is JAPAN…

With Japanese ink and manga drawing techniques,
we’ll look to Japanese art and culture for inspiration,
as models play with and question female stereotypes and imagery of Japanese women such as the geisha and the samurai, submission and strength.

£6, materials included. Every penny goes to Ladyfest Ten.
Spaces limited so email art@ladyfestten.com to reserve your place or get there on time to grab a seat

Ladyfest Ten presents alternative life drawing salons throughout October, fundraising for the main festival (12-14 November, London).
Celebrating women in all their naked and knickerbockered glory, each week we present models that are nude, semi-nude and costumed to inspire artwork that can be submitted to be part of Ladyfest Ten’s art exhibition.

In collaboration with Storm in a Teacup.
Sponsored generously by Cass Art.

This month the Teacups are gearing up for Ladyfest Ten Festival on the 12th, 13th and 14th of November. Tickets have just gone on sale, and what a fantastic festival line-up we have for all you lovely peeps. Check out the Ladyfest Ten website for full programme listings. The Teacups have been busy organising the Performance art, Visual art, Comedy and Music programme. So make sure you don’t miss the 10 year anniversary of the global DIY feminist movement.

Calling all artists and filmmakers its still not too late to submit your work to the open submissions for Ladyfest Ten art exhibition and film screenings. Ladyfest Ten film team are looking for female film makers to submit their work for screenings at the festival.
Check out the Ladyfest Ten website for more info: http://ladyfestten.com/2010/09/29/ladyfest-ten-needs-your-films/
Plus the Ladyfest Ten art collective are still open to submissions for their postcard project. Find out more here: https://joinourteaparty.wordpress.com/2010/09/01/postcard-project-ladyfest-ten-art-call-for-submissions/

This Tuesday the 5th of October is the last in the series of SO SHE SAID; Storm in a Teacups monthly Ladyfest Ten fundraiser celebrating women and words. A night of spoken word, poetry,  storytelling and comedy, as well as three rather awesome guest poets, Hannah Ballou as our host for the evening plus OPEN MIC! So if you’re a storyteller, writer, poet or comedienne please email performance@ladyfestten.com to secure your slot.

Also roll up, roll up for the last three Swallows & Amazons life drawing salons of the season. On October the 12th we have a Japan themed salon hosted by Cherry Blossom Bakewell sharing Japanese ink and manga drawing techniques. With models Hanami Hannah and Empress Mazuki. On October the 19th don’t miss the fabulous Belles of London City morris dancing trio performing and posing for our English folk themed salon. Then on the 26th of October ‘Death Becomes Her’ Halloween themed special. Featuring werewolf versus vampire battle scenes, zombie prom queens, haunted paintings and Jackie-O-Lantern posing for your drawing pleasure. Spaces limited so email art@ladyfestten.com to reserve your place or get there on time to grab a seat.

Also not to miss; Saturday October the 16th Verity Flecknell (SIATC) and Annette Barlow (The Girls Are…) are Djing at Club Motherfucker’s 6 year anniversary shindig and also coming up; Ladyfest Ten’s “Girl Fawkes Night” at the Southbank with music from Lulu and the Lampshades and You are Wolf, storytelling from Vanessa Wolf.

What an exciting month before Ladyfest eh?!

Please visit our blog site to find out how to get involved in the collective and to keep up with the latest news. http://www.joinourteaparty.wordpress.com/

Over and out,
Verity Flecknell
—
Storm in a Teacup
Female Arts Collective
https://joinourteaparty.wordpress.com/

Posted in Art, comedy, Events, Feminism, film, Ladyfest Ten, Music, She Runs With Wolves, spokenword, The Girls Are..., The Victoria

So She Said | October | Ladyfest Fundraiser

SO SHE SAID  Tuesday 5th of October

A monthly night of spoken word, poetry, storytelling and comedy that celebrates women and words
Featuring a dazzling line-up of guest performers plus open mic slots throughout the night.

‘Sabrina is seamlessly at the cutting edge of spoken word’ Ctrl.Alt.Shift Magazine

OPEN MIC: email performance@ladyfestten.com or sign up on the night to perform or read something (3 mins open mic slot- everyone welcome to perform, any gender or style of performance, as long as its wordy! First timers welcome).

“most spoken word nights make me feel like shooting myself in the head. This one didn’t.” Anonymous So She Said attendee

STORM IN A TEACUP:
https://joinourteaparty.wordpress.com 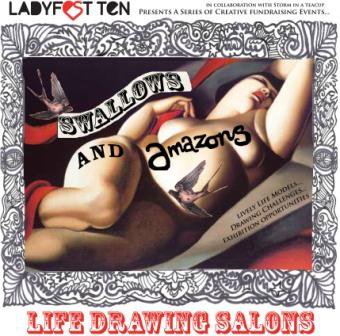 Storm in a Teacup & Ladyfest Ten are extremely excited to announce the return of our very popular Swallows & Amazons life drawing salons!

Roll up, roll up! Swallows and Amazons life drawing salons are back with a CIRCUS & CARNIVAL special…

Ladyfest Ten in collaboration with Storm in a Teacup, celebrating women in their naked and knickerbockered glory on Tuesdays throughout the Autumn.

£6 to take part (all money goes to funding Ladyfest Ten festival, 12-14 Nov)
Basic materials provided, thanks to Cass Art. Feel free to bring your own sketchbooks and favourite mark makers to get creative with

Get there on time to grab a seat or email art@ladyfestten.com to reserve your space at the salon…or volunteer if interested in modelling!

STORM IN A TEACUP www.joinourteaparty.wordpress.com

SO SHE SAID | Ladyfest Ten Fundraiser

Ladyfest Ten in collaboration with Storm in a Teacup presents a monthly night of spoken word, poetry, storytelling and comedy
that celebrates women and words:

Featuring a dazzling line-up of guest performers plus open mic slots throughout the night.

We’re truly spoiling you with this month’s lineup:

SOPHIA BLACKWELL
& you…email performance@ladyfestten.com or sign up on the night to perform or read something (3 mins open mic slot- everyone welcome to perform, any gender or style of performance, as long as its wordy! First timers welcome).

What they said about So She Said’s launch night:

“an eclectic mix of thoughtful, melodic and downright incredible performances…If you are a bedroom poet and want a supportive and friendly place to perform your work, or if you just fancy being entertained and inspired, then this is definitely the place to come. As well as raising money for a good cause, where else in London are you are likely to see a pub full of people enjoying a rousing sing-along about breastfeeding on a Tuesday night?”
Elizabeth Martin

“most spoken word nights make me feel like shooting myself in the head. This one didn’t.”
anonymous August So She Said attendee

So She Said | Ladyfest Fundraisers Announced!

A new night of spoken word,

celebrating women and words in support of Ladyfest Ten

Liz Bentley is one of the quirkiest voices on the UK’s spoken word scene. She is a sit down comedienne and host, entertaining audiences with poetry, stories, ukulele and casio keyboard. “A cross between Tracey Emin and Josie Long” http://www.lizbentley.co.uk/

Dzifa Benson has performed her work at the London Literature Festival, the Houses of Parliament, the Shakespeare & Company Bookshop, Paris and recently, South Africa with the British Council and Sustained Theatre. She was a writer-in-residence at the Courtauld Institute of Art from 2007 to 2009 and is an ambassador for Southbank Centre’s Global Poetry System project. Her poetry has appeared in Magma Poetry, the Manhattan Review, the Guardian and Philosophy Now magazine.

http://gps.southbankcentre.co.uk/ Global Poetry System (an amazing creative project to take a look at)

Chrissy Williams is Joint Editor of the world’s first bespoke edible poetry magazine: Poetry Digest. She learnt a new word once a day for 100 days as part of London Word Festival’s 100 Days project and her favourite was “hircine” – “goat-like, or having a strong goatish smell”. She has had poems in The Rialto, Dial 174, Orphan Leaf Review, Fuselit, Rising and Southbank Poetry and was recently included in The Rialto’s Young Poets feature. She has poems forthcoming in S/S/Y/K/4, works at the Poetry Library and wishes she had a dog.

To perform or read your work within a friendly, supportive environment, email us at performance@ladyfestten.com to book a slot or just turn up and register on the night. We’ll fit as many people in as we can. All performers welcome (no matter what your gender or sexuality, whether you’ve performed a hundred times or never before)- poetry, spoken word, storytelling- just keep within the 3 minute time slot and no racism/sexism/homophobia please…Check out our Ladyfest Ten manifesto to see what we stand for if you’re not sure.

Next month’s So She Said (put it in your diary now!)

STORM IN A TEACUP: