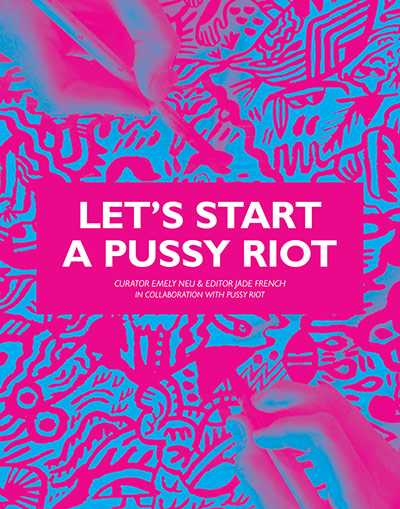 Curator Emely Neu and editor Jade French in collaboration with Pussy Riot, Storm in a Teacup, Girls Get Busy & Not So Popular.

Loud, controversial, fearless — Pussy Riot undoubtedly ushered in a new era of feminism and political freedom with their protest acts.

The dialogue so explosively ignited by Nadezhda Tolokonnikova, Maria Alyokhina andYekaterina Samutsevich continues in the book Let’s Start A Pussy Riot. Exclusively created in collaboration with the band, this publication brings together artists, writers and poets to explore feminism, LGBT rights, the power of collaboration, the role art plays in activism, women’s rights, and freedom of speech through the personal voices of Judy Chicago, Yoko Ono, Antony Hegarty, Kim Gordon, and many more.

STORM IN A TEACUP Zine

After the SOLD OUT first edition, we are proud to announce the arrival of the latest edition of the Storm in a Teacup zine ISSUE #2! **NOW SOLD OUT

Inspired by our DIY feminist predecessors, the zine was set up because we wanted to write about amazing women who write, draw, make music and inspire us. We wanted to create something for women to read that wasn’t based around the exploitation of insecurities and the selling of products.

The second edition was hand made with hand printed covers and features short stories, poetry, photography and artwork as well as an update on the work of Storm in a Teacup. Plus listings, recipes and more… And all for £1.50! 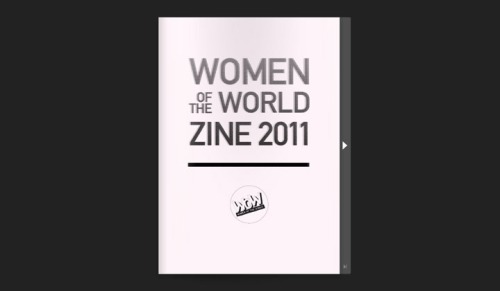 Storm in a Teacup will be at the annual Womens Library Zine fest on Saturday the 25th of June. As well as the Storm in a Teacup zine (Issue 2) we are very excited to announce that we will be stocking the Women of the World festival collaborative zine, created from participants of the Women of the World zine workshop lead by Soupa Creative Network at the Southbank in March this year. With the help of inspiring zinesters like Magpie Magazine and Shebang Zine and all of the participants we have put together an inspiring zine and this will be your chance to get your hands on very limited copies. We will also be stocking a variety of feminist zines so If you have a zine that you would like us to stock at the Womens Library Zine fest please email: storminateacup2009@googlemail.com

To purchase a copy of Issue 2 or contribute to Issue 3 please email;